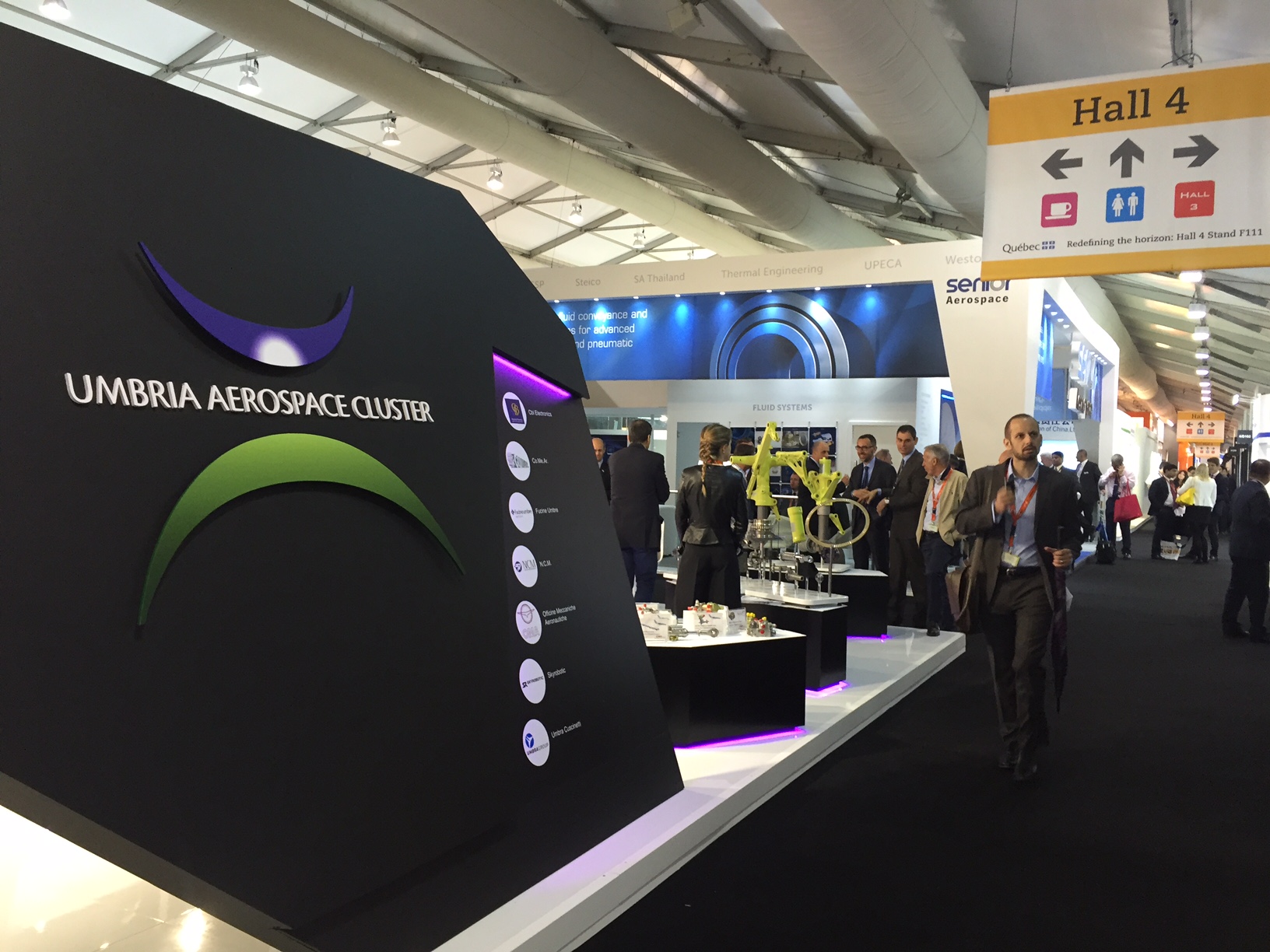 In the context of “Progetti Bandiera”, added to the Regione Umbria’s 2016 internationalisation programme to support integrated systems of enterprises in key sectors of the regional economy, Sviluppumbria has supported the participation of Umbria Aerospace Cluster at the Farnborough International Air Show in London. This is one of the world’s two most important exhibition events, together with that of Paris-Le Bourget, which is held in odd-numbered years.

From 11 to 15 July, the new regional stand created by our agency will host a number of commercial meetings and appointments with international sectoral counterparts, to widen the cooperative and supply relationships with the most important customers in the sector.

Partners of the cluster participating in Farnborough 2016 – C.B.L. Electronics, Comear, Fucine Umbre, NCM, OMA, Skyrobotic, Umbra Cuscinetti - will be able to directly present their industrial skills to the most important players in a scenario where, traditionally, fundamental knowledge is spread and negotiations for commercial development take place, as well as for establishing a wide range of productive collaboration.

Umbria Aerospace Cluster, whose president is the entrepreneur Antonio Alunni, is the association of sectoral businesses, promoted by Confindustria Umbria in 2008.

There are 28 partner companies operating in aerospace and defence sectors with a total of 2,900 employees and an overall turnover of nearly 335 million Euros. The aerospace industry in Umbria is among those that has maintained constant growth in turnover (+20%), investment and employment during the recent years of general economic crisis.

Link to the news agency of the Regione Umbria