Promotion of the San Francesco Airport Since 2014 Sviluppumbria has been involved in the promotion and communication initiatives of San Francesco Airport with the aim of strengthening its network of connections.

In the first months of 2019, the operations of the Umbrian airport saw some significant developments: the domestic connection of Perugia-Milano Linate operated by Alitalia (from October 27, 2019), the new Ryanair route Perugia-Malta, inaugurated in April, and which already recorded a load factor of about 87% in its first months, with an average of over 165 passengers per flight. Malta, London and Catania are destinations served from Perugia Airport throughout the year by Ryanair, to which is added that of Brussels during the summer. The Netherlands will soon have a direct connection to our region, with the Rotterdam flight operated by Transavia Airlines, starting in April 2020, with tickets already on sale.

Also in April 2019 the third and new terminal of the airport was inaugurated. The opening of a new boarding hall also brings to 3 the boarding areas of San Francesco with new spaces and services dedicated to users. 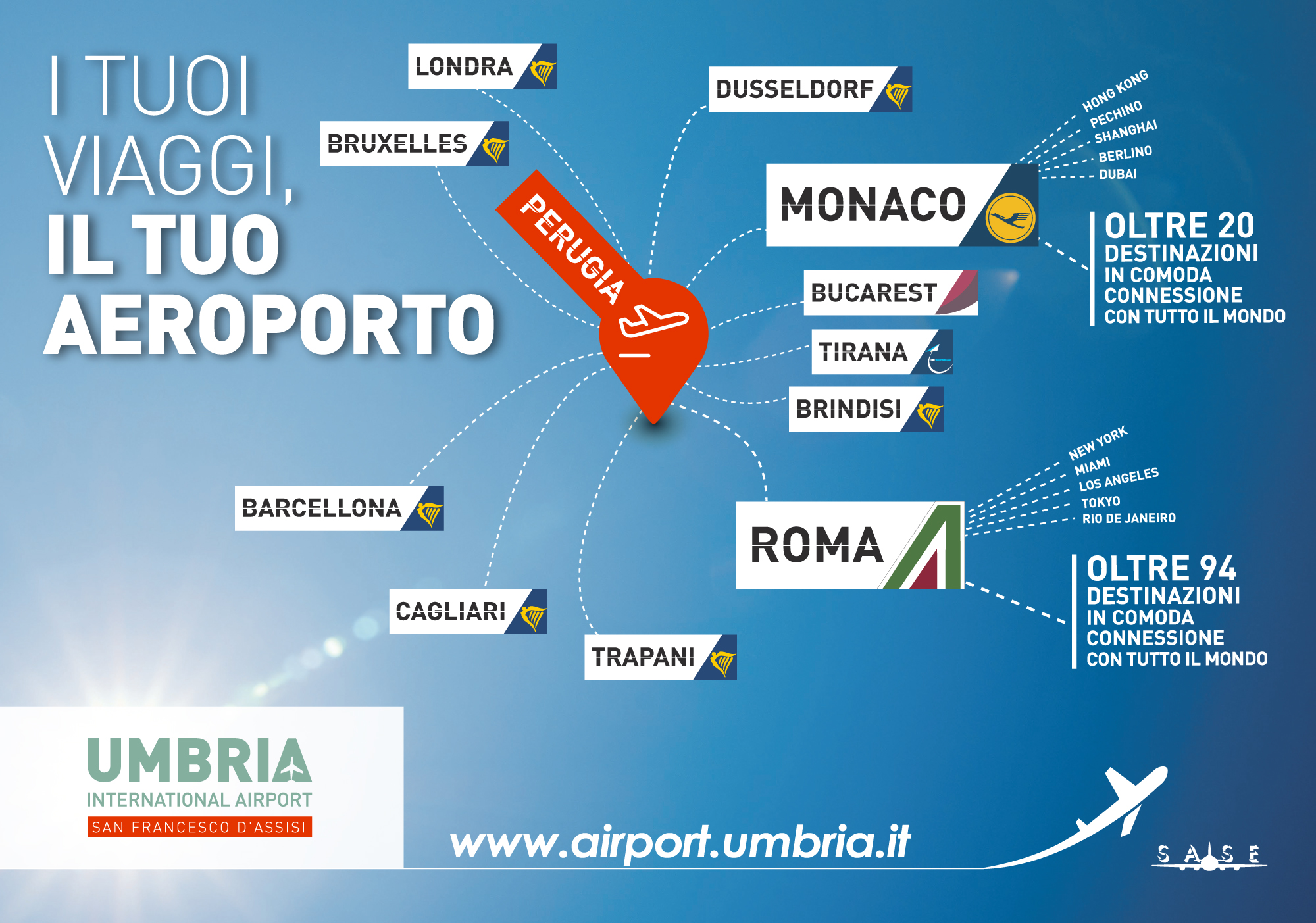