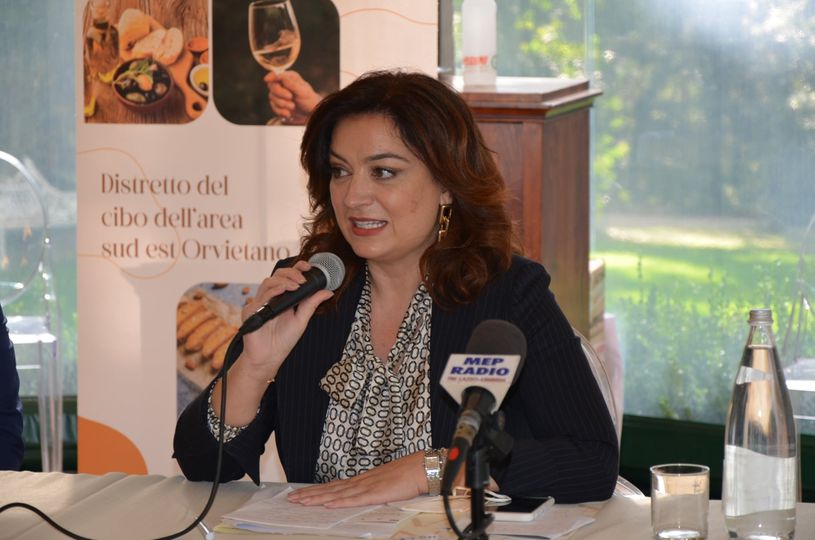 The conference "TERRITORY TYPICALITY TOURISM - The agri-food sector between innovation, sustainability, health and the environment - The new resources of GAL, PSR, PNRR, MIPAAF - The Food Districts between prospects and opportunities” was held at the evocative location of Villa Buonaparte Valentini, in the hamlet of Pozzuolo Umbro.

The initiative, dedicated to typicality and tourism of the territory, was attended by an audience representing companies, institutions and trade associations that, in addition to listening to the numerous and qualified interventions of the speakers, brought their own proposal for the next events to support the development and revitalization of the economy of the territories of Trasimeno and Orvieto.

Particularly appreciated were the speeches by the Vice President and Councillor for Agriculture of the Umbria Region, Roberto MORRONI, the President of Sviluppumbria, Michela SCIURPA, the two entrepreneurial testimonials of the COTARELLA family, represented by Marta, and the Director of CM - CentUmbrie, Sergio RUTILI, as well as the President of the GAL Ternano and President of Coldiretti Umbria, Albano AGABITI.